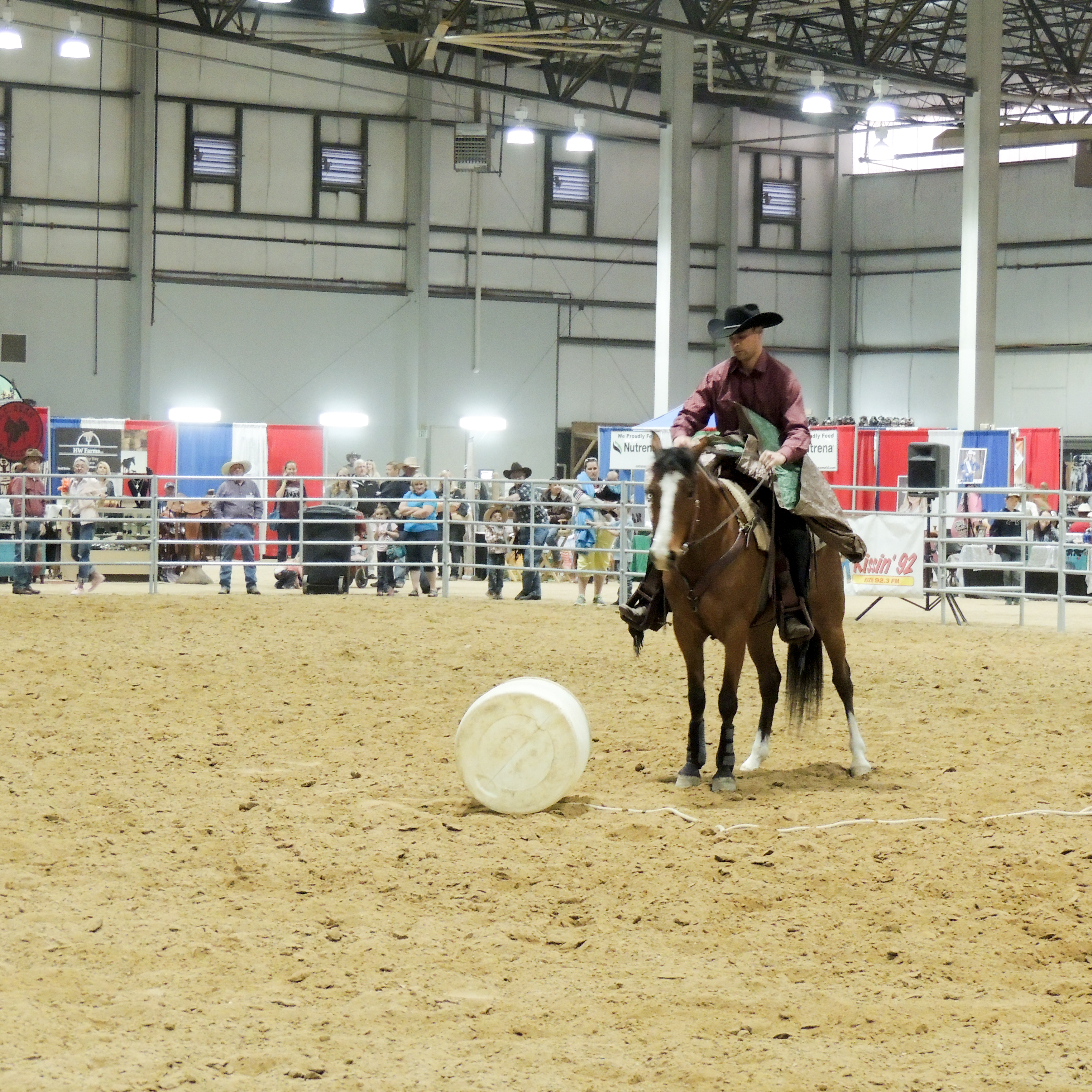 Blazers Wow the Crowds with Demonstrations and Tricks

We had several people representing the Blazers at the horse expo this year. Lorin Price was a clinician and also rode in the All Breed Challenge. The breed challenge was one of the best performances to date, a display of trust, willingness and athleticism. A highlight was when Lorin rode his horse, Mr. T, flawlessly around the arena with a tarp over his head, performing several different maneuvers. Everyone was in awe, especially when they found out Mr. T had only been broke for 5 months! Lorin and Mr. T placed 2nd in the Extreme Cowboy Race (open division).

Other performances included Troy Hinck with his Blazers Casey Stetson and Rambo Santana. Together with Troy’s friend Kimber Reinhardt, they did many tricks and demonstrated how smart and docile our Blazers really are, doing stunts that would make the most broke horses nervous. Some of the highlights were when they loosened the girths and had the saddles under the horses’ bellies as they walked on. They also bounced balls as the horses stood there motionless. The crowd was especially impressed to discover Santana is a stallion. Troy competed in the Extreme Cowboy Race and placed 3rd (open division). Rocky Widner rode his Blazer, Comet, in the Extreme Cowboy Race and received fourth place (amateur division). Visit ABHA at blazerhorse.com.