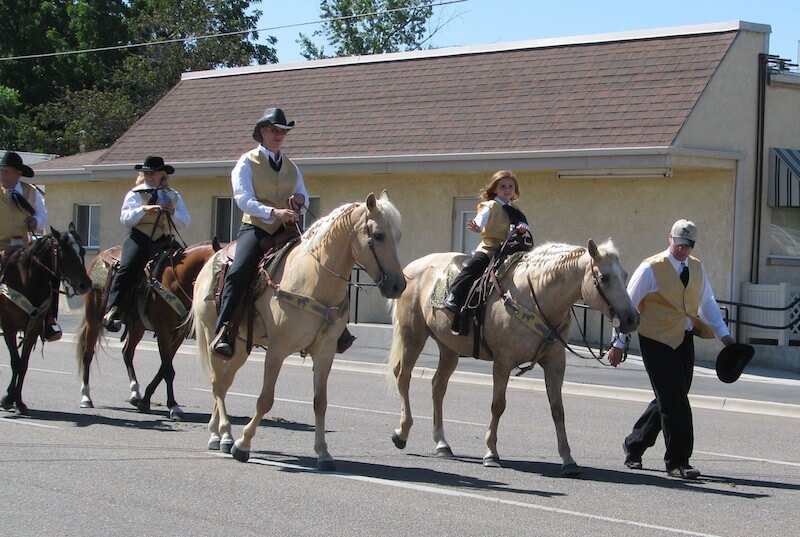 American Blazers were well represented in the Snake River Stampede All Horse Parade this year on July 13th in downtown Nampa, Idaho. The ABHA had eleven Blazers with riders: four  youth and seven who were young at heart. The club took 2nd place in the Family Riding Club category. We won a trophy and $100.00. The Columbia High School Cheerleaders carried our banner to lead the way and handed out posters. Marco Vranish carried the ABHA flag at the front of the riders again this year. We had several matching pairs of horses that made us look sharp. Karen Nichols fixed up the breast collars all to match which gave us extra points too. Other Blazers in the parade included Abbigail Reno who rode Chiquita Rose for the Ten Mile Riding Club. Bailey Brunmeier rode BB’s Banner representing the Personal Ponies and won the individual youth girls 11-14 year old category. Kate Reinke rode Bam Bam Boomerang for the JC Riders 4H Club. We appreciate all those who helped this year’s parade to be a success for the Blazers and their riders. For more info visit blazerhorse.com