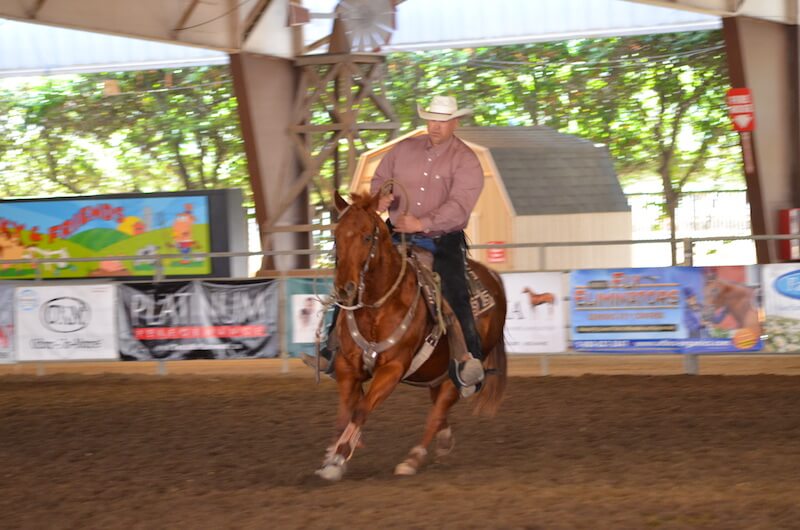 Mark Matson not only became America’s Next Great Horseman after winning Project Cowboy at Horse Expo Pomona with a score of 470.5, he was also voted Cowboy Congeniality, winning a fantastic prize package from the American Quarter Horse Association. Project Cowboy, presented by the American Quarter Horse Association, is “American Idol” meets “America’s Got Talent” for cowboys, and gives horsemen the opportunity to display their talents on horseback and in front of the television camera. The first Project Cowboy of 2012 was held at the inaugural Horse Expo Pomona in California February 2-3. The entire competition was filmed for a reality television program that is tentatively set to air September 27 on RFD-TV thanks to the American Quarter Horse Association and its sponsorship of Project Cowboy. Mark Matson grew up in southern Ohio. His family did not share in his passion for horses so he left home in search of knowledge. His experiences have taken him all over the world. He enjoys roping, ranch rodeos, reining and team branding. He competes in the National Reined Cow Horse Association and his greatest honor was winning the title of 2005 NRCHA Open Hackamore World Champion. Matson owns a horse-drawn carriage company in southern California and wowed  the judges and the crowd with a bridleless routine in the freestyle finals. Find out more about Project Cowboy at www.projectcowboy.net*. To stay up-to-date on the latest information on Project Cowboy, become a fan on Facebook.

*This link was no longer active at the time this article was added to the website in 2018.