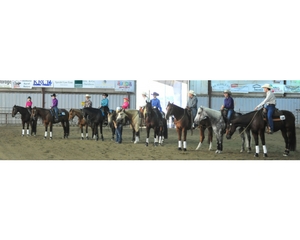 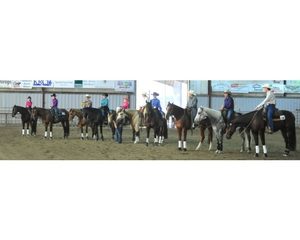 The June Classic Show featured the Maturity for horses 7 years and over and the John Slack Memorial Buckle class for beginning riders sponsored by Charles Schramm.

The Open Maturity allows any rider to show and was won by Jordan McBurney on Starlite Whiz owned by Rhodes River Ranch. Mike Stokes was second by a mere half point on Dana King’s Gundealer.

The Non Pro Maturity is open only to riders holding a non-professional card with the NRHA and they must ride a horse they or their family owns. Graysen Stroud won on her father’s horse, Chics Tidal Wave, while Dana King’s Gundealer was again second by a half point.

The John Slack beginning rider was also won by Graysen Stroud on Chics Tidal Wave; Graysen won the coveted buckle that is awarded in this class.

The next WRHA show will be in Wenatchee, September 30 through October 2. This show will feature 4, 5 and 6-year-old horses in the derby and another round of Maturity classes. Cathy Martin is also planning on awarding Samsung Galaxy Tablets to the circuit champions!