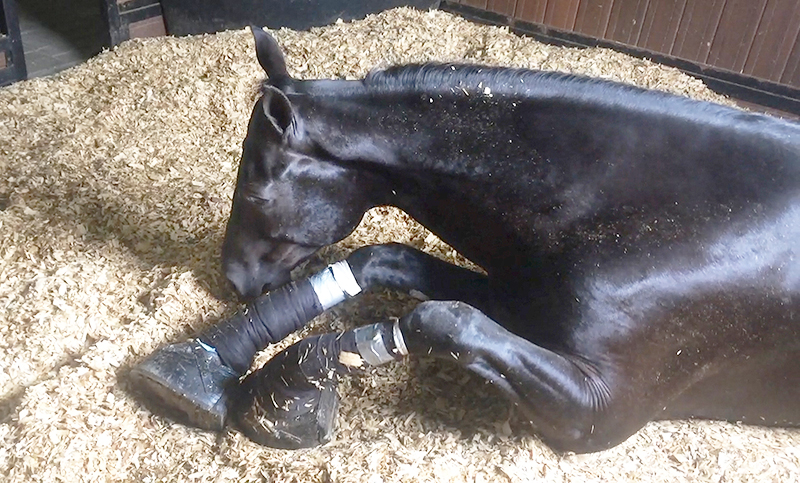 The Humane Society of the United States applauds the U.S. Department of Agriculture for announcing a proposed rule that contains significant reforms to end the cruel practice of horse soring – in which caustic chemicals, chains, hard objects, cutting and other gruesome techniques are used to injure the front legs and hooves of Tennessee walking horses, racking horses and related breeds. The goal of this abuse is to force the animals to perform an artificially high-stepping gait known as the big lick, which is rewarded in the show ring.

The new proposed regulations fulfill a number of the requests in a February 2015 rulemaking petition that The HSUS filed with USDA and are consistent with key elements of the Prevent All Soring Tactics (PAST) Act, H.R.3268/S.1121, including doing away with the failed system of industry self-inspections and banning the stacked shoes, chains and other devices that are integral to the soring process. The PAST Act has broad bipartisan support by 264 cosponsors in the House and 50 in the Senate.

Keith Dane, senior advisor on equine protection for The HSUS, said: “While a handful of politicians doing the bidding of sorers have so far blocked passage of the PAST Act, horses are being tortured for competitions and the corrupt industry self-policing has lost all credibility. It’s time for all equestrians, animal lovers and humane-minded people across America to say enough is enough and support toughening the regulations.”

The HSUS’ undercover investigations in 2012 and 2015 at two top big lick training barns revealed systemic abuse and highlight the urgent need for reform, despite the industry’s continued claims that it has cleaned up.