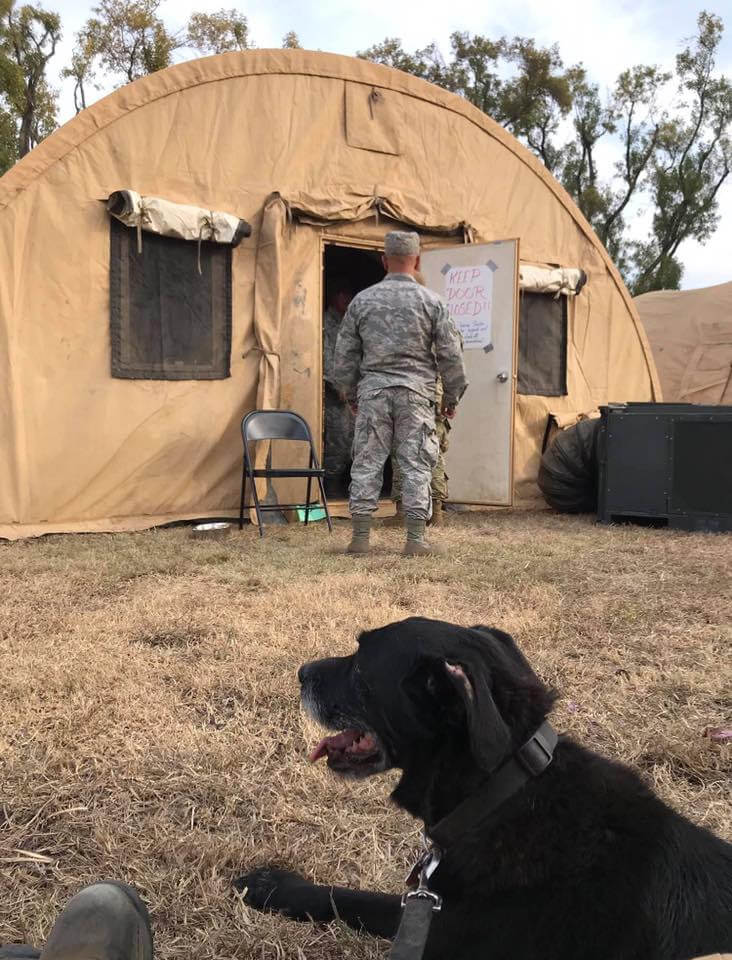 Editor’s note: Our volunteers often respond to calls from national organizations to help out during disasters such as the Camp Fire in California. Our volunteer, Carol S., kindly wrote this article about her time there. Photo by WASART responder Carol S. from her time volunteering at California’s Camp Fire response.

As the devastation from the California Camp Fire became clear, the Red Cross Gold Country Region requested the help of American Humane. On November 17th a team of nine was deployed, and I was fortunate to be one of them.

We were deployed to Gridley, Ca. at the Butte County Fairgrounds. The people and the animals we were there to help were from Paradise and surrounding areas. The Red Cross already had a shelter established for humans, but needed a facility to house the animals. Up until that time, those with animals had to fend for themselves. We were there to help them deal with the issue.

Since we were the first animal shelter responders to arrive, things were a little disorganized. The first day we had to wait for our Quonset-style tents to be delivered so the National Guard folks could set them up. The next day was spent setting up the kennels and filling them with blankets and toys in anticipation of our soon-to-arrive guests. It was truly incredible to see the quality and quantity of goods and food that had been donated to support this rescue event.

By day three, word of our site had spread, and we began to receive dogs, cats, and a bird. It was touching to see people who up until a week earlier had been living a normal life and now had just lost everything, show the concern they had for their pets.

We received animals from 8 AM to 8 PM. Owners were encouraged to come see and care for their pets twice a day, and many spent more than the minimum with pets. This included walking and feeding, as well as cleaning the kennels. There were times when people had more pressing issues (like dealing with FEMA). We were there to care for their animals when they couldn’t.

This was my first deployment to a disaster. The generosity of the community, both local and not so local, was incredible. Watching everyone work together and provide assistance for each other and their pets made this a Thanksgiving I will never forget.