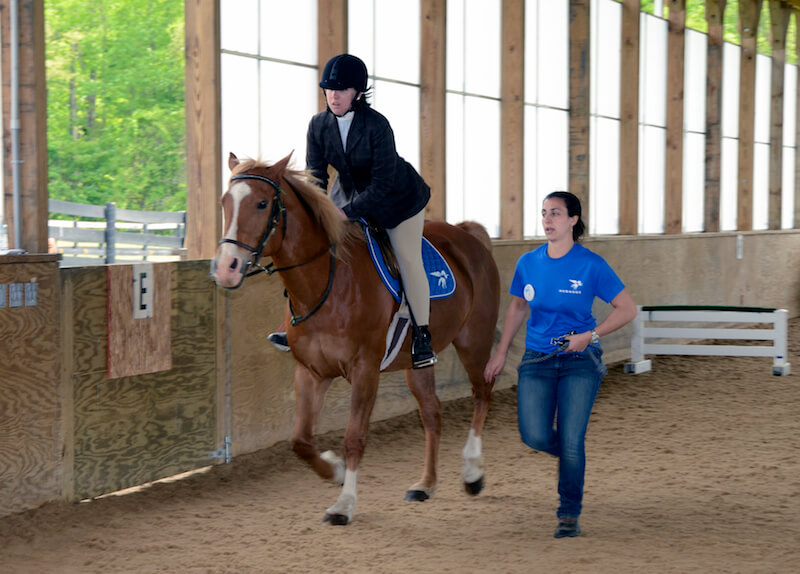 by Mauri Clarke and Christine Fitzgerald

In January 2011, Talbot Clarke was enjoying her sophomore year at Santa Clara University in California when life changed in an instant. The 20-year-old was struck by a car and thrown more than 30 feet while crossing the street at the campus entrance. Talbot sustained severe head trauma affecting both sides of her brain, was hospitalized and remained in critical condition for five months.

“Talbot was in and out of the surgical ICU with significant medical complications,” remembers Talbot’s mother, Mauri. “From January until May of 2011, we watched her slowly regain ground. She was on a ventilator and IVs, then eventually a feeding tube. Over those months in critical condition, followed by in-patient rehab, I witnessed her ever so slowly waking up.”

When she was stable enough to be transferred, Talbot returned to New York City to be closer to her Connecticut home. She remained in the hospital until July 2011. During the early course of Talbot’s rehabilitation, she had to relearn how to breathe on her own, cough, swallow, chew, drink, sit, stand, walk and communicate. But this was just the beginning.

While in outpatient rehab at the end of 2011, Talbot was again hospitalized for almost two months with life-threatening brain swelling that required additional surgeries. Once safely out of the woods, she immediately resumed her outpatient therapy schedule. Though ongoing medical issues complicated her recovery, Talbot’s persistent work ethic catapulted her forward. Her no-nonsense “let’s do this” attitude was her constant companion and her saving grace.

After many months of physical, occupational and speech/cognitive therapies, Mauri was reminded by a friend about Pegasus Therapeutic Riding in Brewster, New York. Founded in 1975, Pegasus provides equine-assisted activities for people with special needs, military veterans and at-risk individuals. Each year, more than 300 people ages four and up participate in therapeutic horseback riding and un-mounted equine-assisted programs at Pegasus’ four PATH International Premier Accredited chapters in New York and Connecticut. The nonprofit’s staff of PATH-certified instructors, physical and occupational therapists, and licensed educators are assisted by a corps of hundreds of dedicated volunteers and a few dozen highly trained therapeutic horses.

“Tally had ridden as a child for five or more years, so returning to riding was very enticing,” says Mauri. “When she began at Pegasus in the summer of 2012, it was as if her memories—both muscle and emotional—kicked in.”

All Pegasus participants begin with an evaluation to determine which equine-assisted programs will be the right fit for them. The nonprofit’s program director, Shelly Pope, Ed.D., recalls that on the ground Talbot had challenges with balance and walked with difficulty. It was another story in the saddle.

“Once she was mounted, Talbot could sit up relatively straight on the horse, and her challenges were less obvious,” says Pope. “It was a great example of how the horse becomes a true therapeutic partner and completes the equation.”

The Pegasus staff outlined Talbot’s goals, which included working on communication, balance and overall strength. She began riding in the summer of 2012 and Pope notes that Talbot’s skills and self-confidence improved tremendously in just one year.

“When Talbot first mounted her horse, it was painstakingly slow,” Mauri recalls. “Her balance was still questionable and her strength a bit asymmetrical. In the beginning, she needed a leader and two sidewalkers for support. Over the next several months, Tally’s instructor challenged her to ride with her arms out, above her head, and on her hips, and to hold her half-seat position while on an incline.”

Eventually, Talbot’s posting skills came back, along with increased coordination and strength. She began to ride off lead the first time last fall, and she is currently working on posting with no stirrups. Gone are the three vigilant support volunteers. Now she has one leader who unclips the lead rope at the start of class and deftly runs alongside Talbot as she flies around the ring.

“I love to ride horses,” says Talbot. “It makes me very happy to be on a horse and to be able to control how fast we are going using the reins and my legs. I feel very lucky to be able to ride at Pegasus.”

This past May, Pegasus held its 32nd annual Pegasus Horse Show, and Talbot was among approximately 100 participants who demonstrated the skills they learned during lessons. Life has a way of coming full circle, and Talbot’s nod back to her pre-accident riding days was to wear the monogrammed show collar she last wore at age 14.

“Talbot looks so much like her old self when riding,” Mauri says. “I see more of Talbot than ever when she is at this amazing place.”

Though Talbot has at least another three years of rehabilitation ahead of her, her progress to date has been steady and miraculous. Physically, Talbot seems to have no bounds—she works out at the gym regularly, rides a bike, volunteers locally and is now training to walk in the upcoming New York City Marathon with peers from Achilles International (achillesinternational.org).  She and Mauri are thankful for the herculean support of the many dedicated friends who make up “Team Tally.”

The next phase in her recovery takes place at the premier Brain Injury Day Treatment Program at NYU. Attending by invitation, she is part of an intensive, aggressive therapeutic community and is showing tremendous progress. She has become a student of neuropsychology and is learning about her brain injury and deficits. Her ability to develop compensatory strategies to deal with these deficits is what will get her to the next level. Talbot’s stamina, will to succeed and personal expectation that she must give it her all are key assets to her ongoing remarkable improvements. Through the equally brilliant and compassionate guidance she is receiving at NYU, Talbot’s hope is to finish college and join the workforce, hopefully in business/finance and of course, to continue riding horses at Pegasus for as long as they will let her.

Mauri Clarke is an executive recruiter, the mother of four children and is currently writing a book chronicling Talbot’s incredible journey. Christine Fitzgerald is the communications director at Pegasus and has the privilege of promoting its worthy mission to all who will listen. Learn more about Pegasus at pegasustr.org. To see a video of Talbot and her amazing progress visit Youtube: http://www.youtube.com/watch?v=U3qn89XYpnU&feature=c4-overview&list=UUfKMblELvTN0heRZ1T8ZPKQ*

*This Youtube link is no longer active at the time this article was added to our website in 2018.