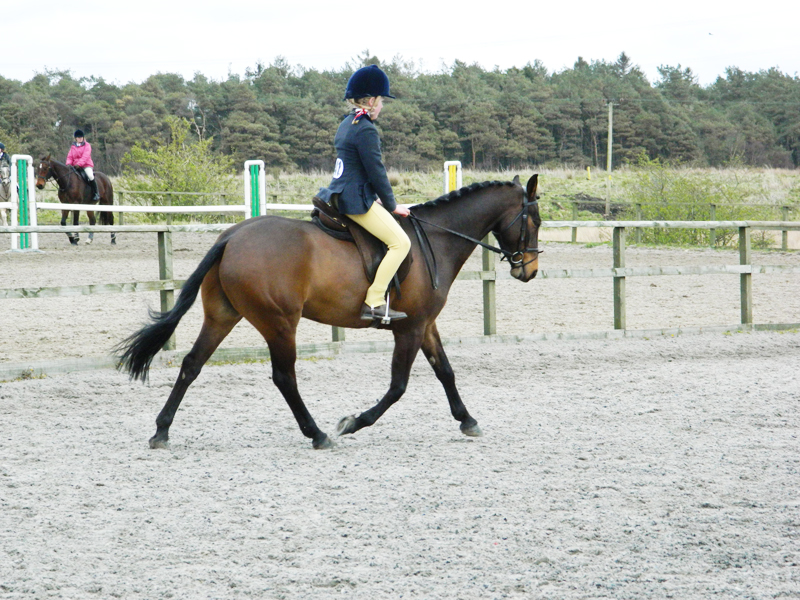 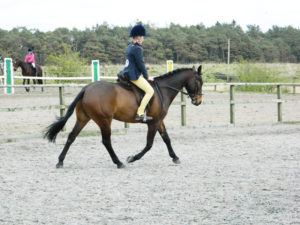 Top-level dressage riders: It’s time to try a new bit. The Fédération Equestre Internationale’s (FEI) now approves seven Myler Bits’ mouthpieces for use in competition. Myler Bits (distributed by Toklat, http://Toklat.com) are designed to reduce the pressure on the horse’s tongue—allowing overall relaxation and increased ability to focus on the rider’s cues. See the complete selection of FEI-approved mouthpieces and cheek pieces and order today: http://tinyurl.com/DressageApprovedMyler.

Brothers Dale, Ron and Bob Myler design mouthpieces to offer horses tongue relief, according to Toklat’s Judy Auble. If a horse can’t move his tongue, his neck, back and shoulders are all affected. He may evade tongue pressure by grabbing the bit in his teeth and pushing, putting his nose up in the air or holding his nose close to his chest. All of these bit evasion techniques are a sign that the horse is not comfortable in his current bit.

“When you see a dressage horse, he should be relaxed and fluid in his movements,” Auble says. “But often, there’s so much pressure on the horse’s mouth that he is stiff and can’t show off his true potential. When the horse has a bit mouthpiece that allows his tongue room, he can relax, swallow, and think about the rider’s cues. With more relaxation, he can move more easily and show off his training and abilities.”

As the international governing body of equestrian sports, FEI permits Myler Bits with model numbers 04, 06, 33, 33 WL (wide low) and 36 mouthpieces for snaffles and bridoons. The 02 and 32 mouthpieces were previously approved for snaffles, and are now approved for bridoons. Find the bit that is right for your individual horse by filling out the form at: https://www.Toklat.com/Page/Bitting_Assistant.

Training and Showing in Myler Bits

Dale Myler says top dressage riders have been training in the now-approved Myler mouthpieces for years. Previously, riders would train in one bit, then switch to “show legal” bit when it was time for competition. “Now they can test their horse out in these bits and have better control of the shoulder while they train and while they compete,” he says.

Dressage riders who compete in Training to Fourth Level follow U.S. Equestrian Federation (USEF) rules. Once riders cross into higher levels such as Prix St Georges and Grand Prix or show at an international show in the U.S. or abroad, they must abide by FEI regulations.

Christine Betz, a Grand Prix rider in Rocky Ridge, Md., is a U.S. Dressage Federation Gold, Silver and Bronze Medalist. She has trained and competed horses in hunters, jumpers, eventers and dressage.

As a trainer, Betz has found that she can iron out a horse’s resistance with the comfort that Myler mouthpieces can provide. She says that it’s a burden for a horse to be content with a mouthpiece up to a certain level of dressage then force him to work in an uncomfortable and completely different bit at the next level.

“At the FEI Grand Prix level, we have over 40 movements that occur in less than 6 minutes,” Betz says. “If that horse finds how he is bitted to be painful, you’re constantly asking him to work through a negative situation. That doesn’t behoove developing that partnership of trust, which is the foundation of good dressage training.”

She looks forward to showing her horse, Coronado, in a Myler mouthpiece at the higher dressage levels. She says the quality of work he gives in a Myler mouthpiece is “night and day” from other mouthpieces.
“This move by the FEI eliminates a stressful dilemma of mine. It’s changed [Coronado’s] life from being a small tour horse to becoming a willing Grand Prix horse, because he’s not in discomfort,” she says.

Auble, who has traveled with the Mylers as they work with horses around the world, says most well-schooled dressage horses need to be in a high level mouthpiece. The bits with more tongue relief are best for horses who have good self-control and can be ridden off seat and leg cues.

“As soon as you allow the tongue to move around, you can see the whole body change,” Auble says. “If he can move his tongue around, he can swallow his saliva. It’s not healthy and normal to have it pouring down his neck.”

The Myler bitting process focuses on finding the amount of tongue relief your individual horse needs and is ready for. There is no one bit that is right for every horse.

“When Dale bits a horse, he doesn’t care about what a horse knows, he cares about what how a horse thinks,” Auble says. “It’s really about the horse’s disposition and personality and how well he handles unusual situations. So you pick the amount of tongue relief that horse deserves based on his personality, and then you pick the mouthpiece from there.”

The Myler brothers are third generation horsemen, and are three of the world’s leading bit designers. They are motivated by a genuine desire to improve the relationships between horses and riders. Their book and DVD set, The Level Best for Your Horse, is available here: https://www.toklat.com/Products/BP/89-DB2.

Dale presents bitting clinics and seminars (https://www.toklat.com/cms/page/15/Myler/myler-seminars-clinics) all over the USA and around the world: Australia, New Zealand, Sweden, Wales, England, Germany, Scotland, Ireland, Canada, Poland, Switzerland and Austria. He will present at Equine Affaire in Massachusetts this November. He speaks at expos and for many organizations, as well as conducts private clinics and seminars.