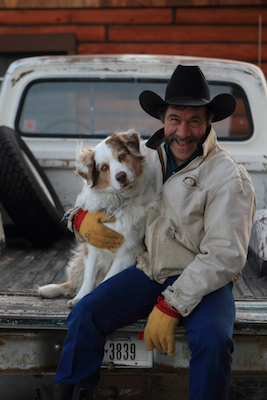 The author of twelve critically acclaimed books, Paul’s most recent work includes Steering With My Knees: Zarzyski Lite in 2014 and a double CD and digi-book under the same title, released in 2016.

NW Horse Source Editor’s review: My first exposure to Paul Zarzyski was a number of years ago when I picked up the book Cowboy Poetry Matters, edited by Robert McDowell. The book held a number of Mr. Zarzyski’s poems, and also an essay he’d written on the importance and impact of cowboy poetry. This essay, along with Zarzyski’s poems, led me to Elko, Nevada to the annual Gathering, a week-long festival of cowboy poetry and music. In Elko I saw Mr. Zarzyski perform and I became a fan, along with many others. He is widely appreciated for his sometimes wild, often emotional performances, as well as for the quality of his poetry. He has performed at the Library of Congress, Festival Hall in London, The Stockman’s Hall of Fame in Australia, and at Cowboy Poetry festivals throughout the U.S.

Learn more, watch videos of his performances, and purchase his books at www.paulzarzyski.com.