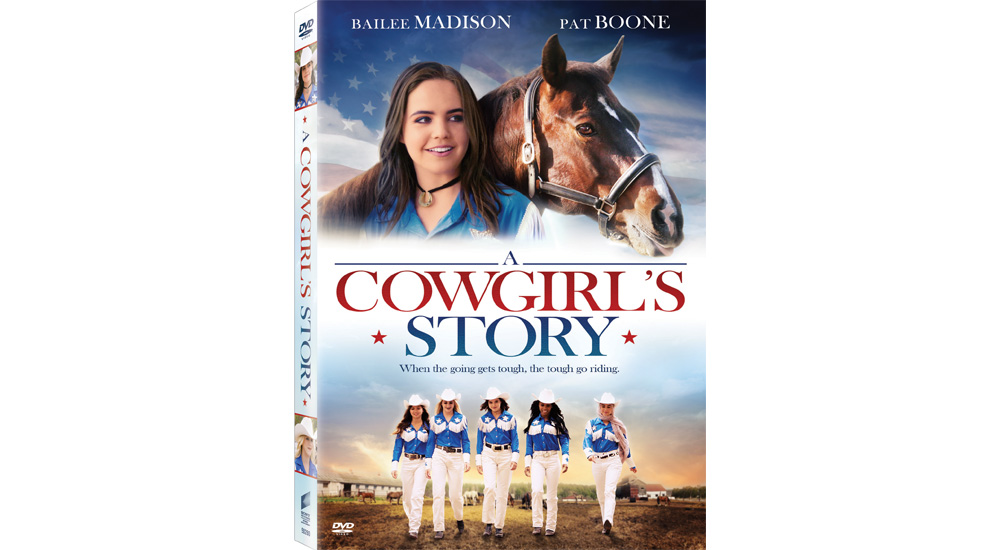 Bailee Madison, Pat Boone and Chloe Lukasiak Star in the Inspirational Story for the Entire Family 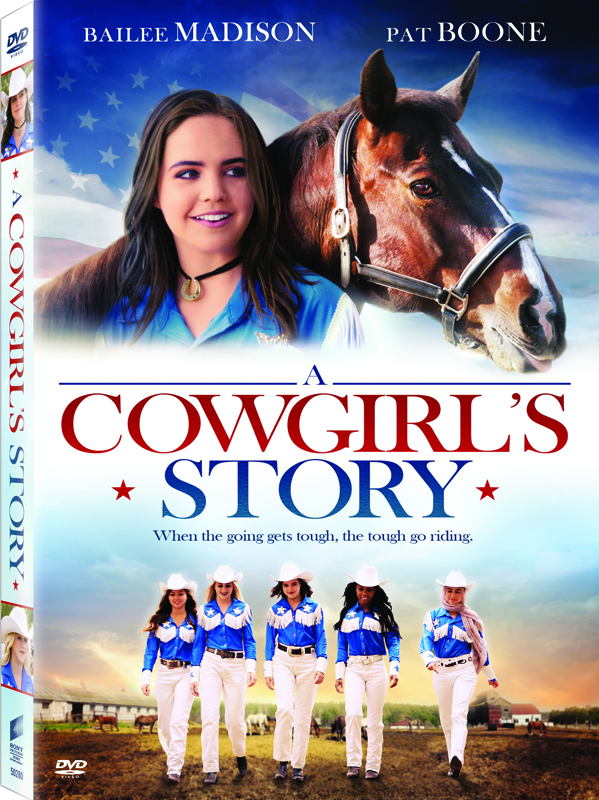 CULVER CITY, Calif. (February 23, 2017) – A dynamic young cast, led by Bailee Madison
(Just Go With It), Chloe Lukasiak (Center Stage: On Pointe), YouTube star Aidan Alexander and Froy Gutierrez (“One Day at a Time”), highlight the family dramedy A COWGIRL’S STORY, debuting on DVD and digital April 18 from Sony Pictures Home Entertainment. The film follows Dusty Rhodes (Madison) who goes to live with her grandfather (iconic singer Pat Boone) while her military parents are serving in Afghanistan. When she starts an equestrian club at her new school in an effort to support the troops, she unites the community like never before. A COWGIRL’S STORY also stars James C. Victor (12 Years a Slave), Kai Thomas Schulz (When Life Gives You Lemons), Elise Robertson (American Sniper) and Robert W. Arbogast (The Prestige).

Seventeen-year-old Dusty Rhodes (Bailee Madison) goes to live with her grandfather (Pat Boone) because both of her Army parents are fighting in the Afghanistan war. Dusty attends a new high school where she makes friends with a group that includes Savanah (Chloe Lukasiak), a girl whose father also served in the Army. Dusty convinces her new friends into forming an equestrian drill team that allows them to perform at rodeos and parades.

Dusty’s world is turned upside down by the war when her mother’s helicopter is shot down in action and she goes missing. To cope with her fear and helplessness, Dusty enlists the help of her grandfather and friends to put on a special riding performance for her parents and all of the soldiers fighting overseas. The entire town turns out in support of the event, and it becomes an unforgettable experience for everyone.

A COWGIRL’S STORY has a run time of approximately 98 minutes and is rated PG for thematic elements.

I found this movie surprisingly refreshing, not at all what I expected. It was a wonderful, powerful lesson in faith. Bailee Madison does a great job depicting Dusty Rhodes and her story of loss and immense love for her parents who are both deployed in Afghanistan. Bailee is a wonderful, positive actress with a warm, heartfelt manner that brings the story to life. Pat Boone depicting Dusty’s grandfather adds a strong basis for faith and hope for things to turn out for the best. It’s an inspiring, feel-good movie that honors our soldiers while sharing a story of how horses brought a group of teens together. It’s a movie you’ll want to see.