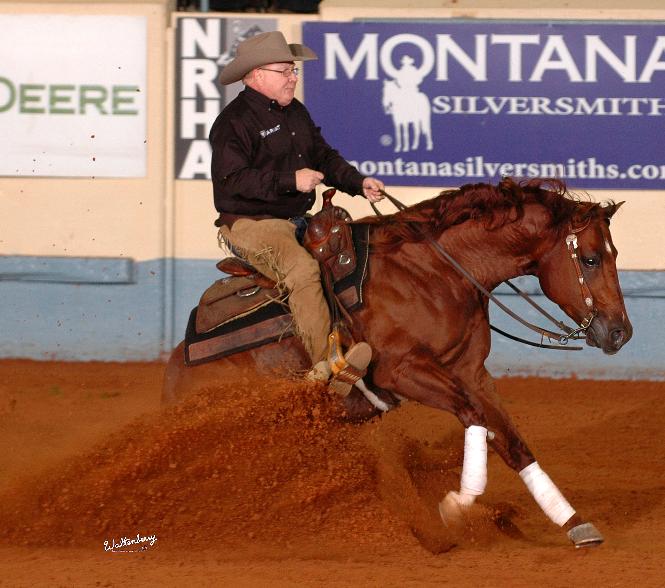 Oklahoma City, Okla., Aug. 20, 2015 – The National Reining Horse Association (NRHA) concluded their August 2015 Board of Directors meeting, making several recommendations and approving several important rule changes that will help advance the sport of Reining. In addition to important event conditions and guidelines, the Board also discussed all 2016 rule change proposals submitted to the body earlier this year. The board considered long-term administrative, global and fiduciary impact, in addition to member feedback provided via its website, direct contact and letters from the membership.

“This was a tremendously effective meeting and many important rule changes were put into place starting January 1, 2016. Several administrative changes to the handbook were also approved to streamline processes and help NRHA to continue to grow in the future. Most importantly, these changes make Reining better for all spectators and competitors leading us into our 50th Anniversary year in 2016,” commented NRHA President, Rick Clark. Clark added that he hoped the membership goes and votes on important bylaw change proposals and Executive Committee candidates before September 9 to have their voice heard.

In addition to the approved rule changes below, the NRHA Board of Directors approved a winter meeting in January 2016 in Oklahoma City, made exceptional strides to advance, rework and enhance NRHA’s technological backbone and approved a new deadline for submitting rule change proposals. Members also should note rule change proposal 81-02-16 that requires a rider and owner to be a current member before showing. The previous practice was to bill nonmembers for a membership and to award all monies on the competition record, however, nonmembers will now be disqualified, not billed and will forfeit all winnings. Join or renew your NRHA membership today to avoid being disqualified for a lapsed membership at events starting in January!

Below is a summary (with a brief of the intent of the change) on the action taken at this year’s August Board of Directors Meeting. All action taken will become effective January 1, 2016. For more detailed and complete information on each item, log onto the Members Only section of www.nrha.com.

44-02-16 – The decision of the Hearing Body will be released to the persons involved as soon as possible, as an immediate notification may not be possible.

47-01-16 – Maintains uniformity with other sections of Disciplinary Action.

47-02-16 – Rewords the heading of the section to correspond with wording in the rest of the section and to maintain uniformity with other sections of Disciplinary Action.

48-01-16 – Includes not allowing contact with either the NRHA Board of Directors or Executive Committee in the course of a protest.

48-02-16 – Revokes the NRHA membership of any member who has been suspended for more than 5 consecutive calendar years, either through disciplinary action or failure to pay.

50-01-16 – These changes include more consistent references to the Animal Welfare and Medications Policies and the Medications Hearing Panel.

61-01-16 – Lowers the waiting period to three years for those members who are no longer an NRHA Professional and wish to become a Non Pro.

62-01-16 – Allows Non Pro competitors the opportunity to participate in our sport without the strict horse ownership restrictions that are currently in place. The lease fee is $100 with renewals being $20, only if completed prior to the lease lapsing on NRHA records. Money earnings during the term of the lease would track as if the lessee is the owner of the horse. All leases end December 31 of the calendar year.

64-01-16 – Improves timelines in responding to Apprentice Applications. All questionable applications will be passed forward to the Non Pro Committee for review.

66-02-16 – Makes the categories of competition and class eligibility easier to understand in a chart format.

68-01-16 – Eliminates duplicate information already included in the Rules for Judging.

80-01-16 – Clearly defines the requirements and duties of the NRHA Show Representative position making this information easier to locate and read.

81-01-16 – This moves G. GENERAL SHOW CONDITIONS before F. EVENT APPROVAL and allows the Handbook to flow better from the perspective of the exhibitor.

81-02-16 – Removes the provision allowing all nonmembers to be fined and billed for the membership dues, and now DOES NOT allow earnings accumulated at that show to be recorded. Any nonmembers will be disqualified and forfeited. All riders and owners must be current or join at the time of entry.

82-01-16 – Now, the NRHA Handbook clearly states the need for riders in Para Reining classes to wear ASTM/SEI certified helmets at all times while mounted (during warm-up/practice and while showing).

89-02-16 – Allows Para-Reining classes and events to be held in conjunction with other Para Equestrian events such as but not limited to USA Reining and AQHA Para events. A Para-Reining show may be held as a stand-alone event.

89-03-16 – Correctly uses only the terms jog and lope when referencing the gaits typically referenced in the western stock horse industry – trot and canter has been removed.

90-01-16 – This edit gives exhibitors and show management flexibility to break ties other than using the coin flip option.

99-01-16 – This adds clarification to the rules and requires a youth to have a birthdate on file.

100-01-16 – Removes the section concerning Youth Incentive Awards from the NRHA Handbook. Once removed from the Handbook, it will become a policy.

104-01-16 – This change now enhances the duties of the NRHA Steward to draw more attention to the welfare of the horse.

112-01-16 – This change adds a Judges Monitor job description, further defining what is expected of them and who will be able to utilize them.

117-01-16 – Allows for tails to be lengthened by hair-to-hair attachment, including weighted tails.

117-02-16 – Allows for riders to straighten the excess rein while in motion as long as they do not alter the tension or length of the reins.

118-01-16 – Adds further definition to actions resulting in a score of zero (for example, rollbacks and the center line).

158-01-16 – Allows AA and A events to utilize the two-point penalty review without having to put it in individual event conditions. Judges will be allowed to review break-of-gate, jogging more than two strides and freeze ups as long as one judge calls the penalty.

In addition to the above rule changes, the NRHA Board of Directors approves the below housekeeping changes in order to clarify the NRHA Handbook and to clean up language.

NRHA manages the execution and factual representation of all National Reining Horse activities, awards and governance structure. For questions about NRHA’s policy, interpretation of the rules and handbook or governance structure, all inquiries should only be directed to NRHA at (405) 946-7400 or nrha.com. Any other source or resource not will be accepted as official and factual news about the Association or the competition structure.

Incorporated in 1966, the National Reining Horse Association is the standard-setting body for the sport of Reining. NRHA, with their International Headquarters in Oklahoma City, is responsible for promoting the sport of Reining and working to ensure the highest standards of competition. To learn more about the NRHA, its programs and family of corporate partners, visit nrha.com.