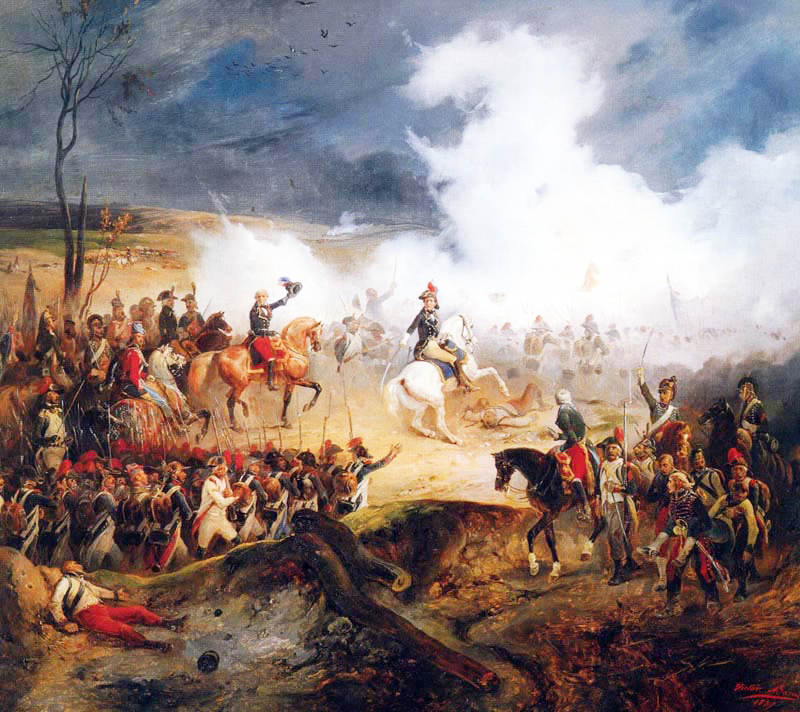 History, Horses and the Father of the American Cavalry

The Fourth of July is the birthday of our nation. It’s the day we declared independence from foreign rule yet, curiously, it was foreign aid that helped us win our freedom. While historians say horses played a minor role in the Revolutionary War, others say that without the horse, our heroes would have lost the war and been hanged as traitors. One thing is for sure, the War of Independence brought freedom and it also brought us the American Cavalry. This is where the horse soldier came into his own.

Nearly a decade before the Boston Tea Party, events were taking place in Poland which would later have a profound effect on the American War of Independence. Cassimir Pulaski was in the service of the Duke of Courland in 1768 learning the techniques of riding and cavalry warfare. Meanwhile Cassimir’s father, Joseph Pulaski, was bringing men to arms in an effort to keep the Russians from interfering in Polish affairs. The political climate was similar to what was brewing in the American colonies. Cassimir’s father died in 1769 and even though Cassimir was only 22, the burden of commanding troops fell to him. While he was successful in a number of small battles, his greatest victory came in capturing from the Russians and holding Jasna Gora at Czestochowa, the holiest place in Poland. He became an instant hero, but his position was short-lived as he was implicated in a plot to kill the King of Poland and forced into exile. Pulaski fled to France where he met Benjamin Franklin who was in Paris seeking the help of the French for the American cause. Pulaski saw the colonials as fighting for the same ideals and he soon agreed to join George Washington’s army, saying, “For your freedom and ours.”

Pulaski was placed in temporary command of Washington’s somewhat ragtag cavalry detachment. On September 11, 1777, at the Battle of Brandywine in Pennsylvania, Pulaski was sent to scout out British troop movements. Pulaski quickly discovered the British were beginning a flanking maneuver so he gathered all the available horsemen and led a surprise charge, allowing the American army to escape British entrapment. In saving the rebels, he is also credited with saving Washington’s life.

Congress rewarded Pulaski on Sept. 15, 1777 with a commission as Brigadier General of the American Cavalry which, at that time, didn’t amount to much. He spent the winter of 1777 and all of 1778 training, outfitting and building cavalry units. He requested, and Washington approved, the formation of an independent cavalry and light infantry made up of foreign volunteers. This unit became the training ground for all American cavalry officers, including “Light Horse” Harry Lee, the father of Robert E. Lee.

Pulaski’s Legion, as it later became known, was involved in many minor skirmishes with the British through 1778 and early 1779 along the Delaware River. Then he was ordered to join General Lincoln who was in command of forces in Georgia and South Carolina. Pulaski reached Charleston, South Carolina on May 11, 1779, the day the city was besieged by the British. Pulaski ordered his army to attack and they pushed the British back, forcing a retreat and saving the city.

The next military action was to engage the enemy at Savannah, Georgia so on October 9, 1779 Pulaski’s Legion mounted an assault. This time they suffered heavy casualties from British musket and cannon fire and during the charge Pulaski was mortally wounded. The attack ultimately failed. Pulaski died on board the American ship WASP two days later and was buried at sea. On Nov. 11, 1779 General Washington ordered all army units to use the password “Pulaski” and the response “Poland” in honor of this fallen hero.

His heroics are legend, but it is his less known work of forging disciplined riders that earned him the title Father of the American Cavalry. These riders were taught to shadow and report on British troop movements, go on long distance forage raids to feed and clothe the men at Valley Forge and perform hit-and-run maneuvers to slow the British troops. In 1825 General Lafayette laid a cornerstone for the Pulaski Monument in Savannah. The monument was completed and dedicated in 1853. Today every state in our nation has a county, city, town, street, highway, bridge or other landmark named in honor of Pulaski. Without a doubt his use of horses in the building of the American Calvary and during the War of Independence significantly impacted history.

Don Blazer developed and taught the course The Business of Making Money With Horses for www.horsecoursesonline.com, the worldwide leader in online equine curriculum. Also the author of the syndicated columns “A Horse, of Course” and ”Making Money with Horses”, Don lost his battle with lung cancer on April 7, 2014. However, the horse community is grateful that his wisdom lives on through the wealth of books and articles he wrote over the years.