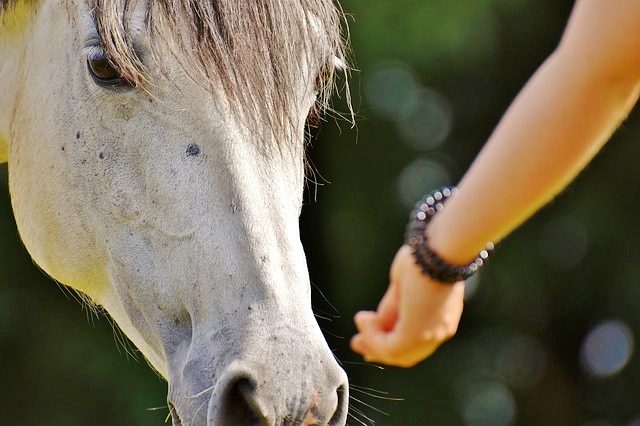 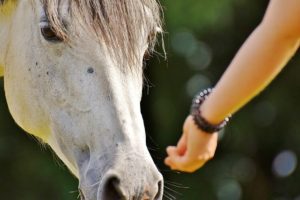 I have a two year old QH that I’ve had since he was weaned from his mom at 6mo old. And since day 1 he has been shy and unapproachable. He only lets me pet or brush his rear if he is in a small confined area (so basically forced). On some extremely rare moments he has let me walk up to him in the pasture and stroke him for a few second before walking away. He has never showed any signs of aggression and he is in the pasture with two other horses that LIVE and fight over human interaction, while the QH just stands off alone. He isn’t much of a herd animal (meaning he is often seen eating alone or on the other side of the pasture all together). He is a stallion still and is in the pasture with a mare paint, mare pony and extremely docile gelding who I’ve never seen run the QH off from the herd. I need help trying to connect with my QH! I fear he is lonely but he won’t let me near enough to grow any relationship.

Thank you for your question. Behavior like this is not uncommon to some stallions, especially when in a group with any mares. Stallions are noted to stand off and watch over the herd and not becoming “one of them”.

When it comes to your relationship with your horse, I would suggest spending time with a halter on in a round pen grooming, tying him up, handling his legs, etc. and basically making sure he is safe and gentle in all ways. The better broke a horse is, the more they allow familiarity with human interaction.

All horses are not the same and do not behave in the same manner. If he was a gelding, he would probably act different. If he was kept in a separate area without mares, he may behave differently also.

Basically, the better broke your horse, the more he will enjoy you and you will enjoy him.

Al Dunning of Scottsdale, Arizona, is one of the most respected horsemen in the industry. Al and his students have garnered 48 world and reserve world championships. He has held numerous national leadership positions and earned multiple honors including induction into the AzQHA Hall of Fame. His 50+ years of experience as a professional trainer has led him to produce books, DVDs, clinics, Team AD online mentoring, and AD Tack, selling all the tack he uses as well as his books and videos. Al’s ability to reach people comes from his love of horses and out of respect to the mentors in his own life. For more information, visit https://www.aldunning.com or www.aldunningsadtack.com.